Mid-summer of 2012, I went to Ireland for a week’s tour of County Clare. The group I had joined was staying in some charming cottages in the village of Ballyvaughan, located on the southern end of Galway Bay.

This part of the country is known as The Burren. Long ago deforested by ancient peoples, the exposed limestone has eroded, creating a fantastical landscape of flat stones midst deep crevices (dangerous to all but the most sure-footed hikers) that supports a wide variety of arctic, Mediterranean, and alpine plants along with rare species of Irish plants and animals. The cattle that grass on The Burren’s sweet grasses are some of the most beautiful I have ever seen. (Check out The Burren National Park website and Wikipedia’s article.)

As any visitor to Ireland soon learns, the ubiquitous stone walls are truly a national treasure of impeccable artistry. To my mind, none are more astonishing than those in The Burren. Coaxing stone into a latticework is no small task.

I wrote this poem on the motor coach as we drove down to sea level from Shannon Airport, where I had landed once again on the Emerald Isle—home of my Irish ancestors and the place that calls my soul to its source.

Turned into the very stone
That would not yield to tyrants
But that nestles into line
Under the spell of the
Wall builder’s imagination. 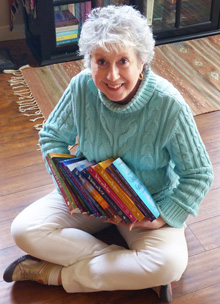