Somewhere in my late teens I began to notice that life went along more smoothly if I paid attention to what were often quite subtle promptings from my Wise Inner Counselor—and then followed its advice. And, thankfully, sometimes the promptings were sufficiently insistent to constitute life-saving interventions. 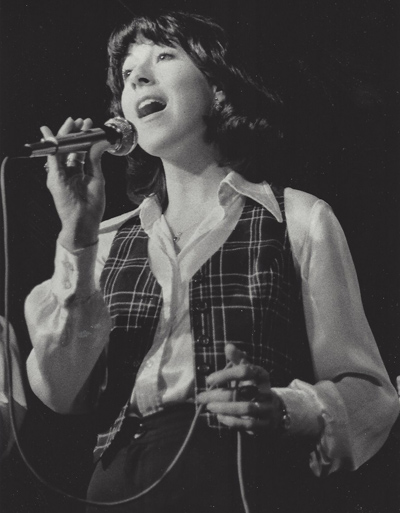 After divorcing my first husband in 1975, I joined a musical-theater troupe that performed in San Francisco and then got the wild idea to do a nightclub revue in Omaha, Nebraska. That show closed before it made any money, leaving me too broke to return to California, where I had an apartment and a boyfriend. So I stayed with a friend in Denver and worked for several weeks at my old waitress job until I earned enough cash to get home.

I was about to load up my car for the drive back to California when I had a premonition that I was going to die in a car accident out in the middle of Nevada.

I took this warning very seriously because by then I had learned to trust the inner voice, often spoke to me in powerfully commanding tones in matters of great importance, such as: “Don’t get involved with him” regarding my first husband (which, regretfully, I had ignored) and “Get out now, he’s killing your soul” (which I had readily obeyed). So I was genuinely afraid to set out on that highway.

While delaying my trip, I felt another strong prompting to go see some friends perform at a local dinner theater. I knew they were following what seemed like practical spiritual teachings, so after the show I mentioned my trepidation to them. They, in turn, told me about the protection they had found in giving prayers and mantras to Archangel Michael and other spiritual beings.

This material felt like a good addition to my practice of listening for inner guidance. So the next morning, my friends armed me with a book of prayers, and I was on my way. I packed up my car and set off for California—faithfully reciting the mantras to Archangel Michael and listening for more inner guidance. I visualized spiritual protection all around me and made it safely back to San Francisco.

However, there was a point, out in the barren wastelands of Nevada, when I looked in the rear view mirror and had the very strong impression that I had just passed the spot where the accident I had seen in my premonition would have taken place, had I not listened to the Wise Inner Counselor’s prompting to go see my friends.¹

¹ Excerpted from A Beautiful Death: Keeping the Promise of Love