Storytelling is the oldest form of human communication.
Eons before the written word, our tribal ancestors gathered in rapt attention around the campfire
where elders and warriors recounted tales of valor and tales of woe, stories of the past and visions of the future. 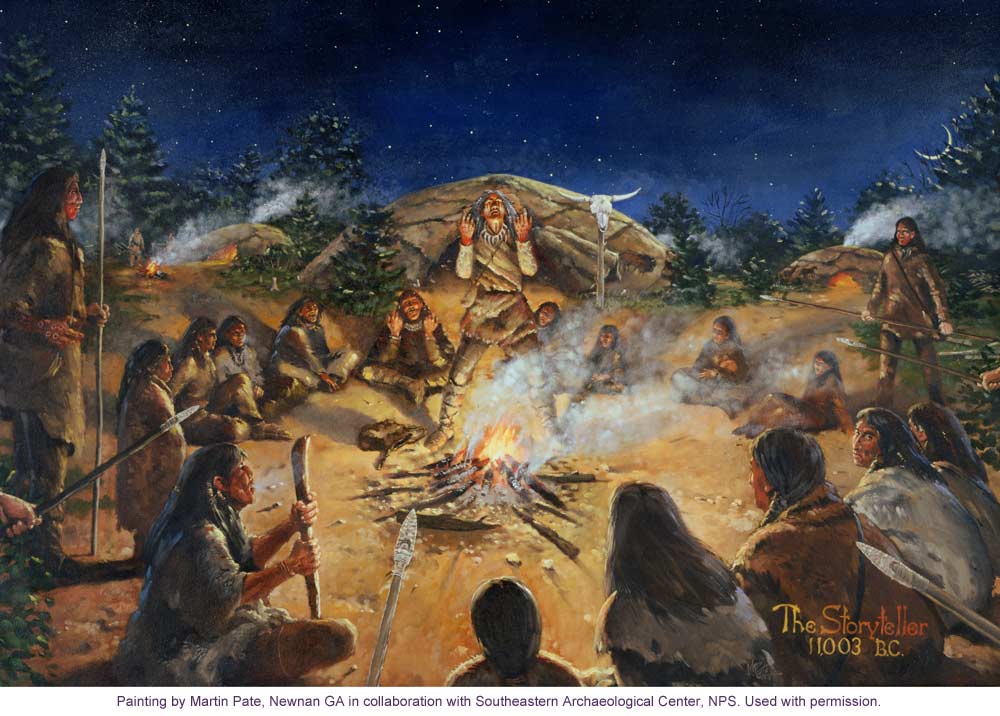 Around the campfire, the personal was the universal

Huddled together against the darkness, the ancients learned from the experience of others how the cosmos worked, how they fit into its design, and how they could expect to live out their days. The story of one was the story of all; what happened to one happened to all. The tribe’s fortunes rose and fell on the backs of individuals working in groups, living and dying in the bosom of the tribe. They were knit together as one organism, and they understood that where one was victorious, all prospered.

Even as culture progressed, the power of story to inspire, inform—even to heal—was recognized and embraced as humankind’s most universal and useful method for connecting with others in profoundly meaningful ways.

Following are a few stories that I hope will inspire you to tell your own stories around the campfire of your life.

This is the story of an experience Stephen and I had shortly before he died.


“I’ll Be There Tomorrow Night”

The following story is the faithful reproduction of a letter written in 1875 by my great-great grandfather, William Lafferty, to his family in Bedford, PA, telling of the death of his wife, Margaret, who passed away at the age of 56. The language is quaint, but I think this letter portrays as lovely a passing as any of us could hope for.

It is with a grief stricken heart that I write to you once more for I have sad news to tell you of the death of my dear wife. She took sick in mid-September and kept getting worse all the time. The Doctor gave her some relief at times and she lived on till the 19th of November. She was only confined to bed half the time. She could sit or walk around the house by steadying herself till about two hours before she died and her voice never failed her until two hours before death. She told Sarah [her daughter] several days before her death that she should not weep for her, that she was not going to die yet and that she would tell her when she was going to die.

The night before her death, sitting by the fire on a chair and leaning back, she fell asleep and began to quote the Scripture in her sleep. A neighbor woman became alarmed and woke her before I could get to her, but I said to let her alone that she was not any worse. On waking, she said her sleep was so sweet that she could have slept a hundred years and was getting ready to sing when she was awakened. When we later got her up and sat her in her chair again, she told me if she went to sleep for a month I should not let them wake her up. She was sound asleep in 15 minutes and commenced singing some of the New Testament, and every word and line sounded like poetry, or a Hymn.

After an hour or longer and still asleep, she said, “I can’t sing any more tonight, but I will be there tomorrow night,” repeating several times, “I will be there tomorrow night.” When awake she said things were brighter than pure gold. She told me the next morning that she had seen all she wanted to see. I asked what she saw; she said there was nothing there but what was pure, just, and holy.

So on the morning of the 19th, about 10:00 o’clock, I think she was struck with death, and she called them [her children] all up to her bed and told them she was going to leave them; that she had done a mother’s duty by them all, and that she now wanted them all to prepare to meet her in Heaven and exhorted them for some length of time….She said she would like to live with them a few years longer, at least 10 years, because we had moved so far [from Pennsylvania to Missouri] and were among strangers. She said her mind was as bright as the noonday sun; and she lived until 6:30 o’clock, November 19, when the breath left her.

Well dear Mother I have given you a small sketch of the last words of my dear wife, but I could tell you more if I could see you. We buried her in a black walnut coffin, well finished, lined inside and covered outside. Her funeral was preached by a good old Methodist preacher, using First Corinthians 15:52 “for the trumpet shall sound and the dead shall be raised incorruptible and we shall be changed.” …I am satisfied that she is with the glorious millions above and will never return to me any more, but it won’t be very long till I will go to her and we will part no more….

Yours truly until death (signed) Wm Lafferty
[He lived another 21 years.]

Stories Shared by my friend Ann

I’ve been mulling and continue to mull the beautiful deaths I might have witnessed. The question itself is, of course, of value and has me looking at Frey’s and my parents’ deaths with a new eye. Hmm….

Lynne’s visit to see Frey was special. She flew in from NYC and spent two days at his bedside in the hospice, calmly just being there in his period of semi-consciousness and supportive to his daughter and others. Lynne’s visit points to the idea that Frey’s friends wanted to include themselves as he died, very much both for their own needs as well as for his. Many friends were far away, wrenched by the distance separating them and the impossibility of being there, yet they called Frey and had valuable, extended conversations in the last two weeks. (Don’t forget, from diagnosis to death was less than a month. He made his own decision to go to hospice care and signed the papers himself.)

Frey had been like a grandfather to Jonas, who, at the time, was a college student on an internship in South America. Notified by his family that Frey was soon to pass, Jonas called him in the hospice from a pay phone as he drove into Buenos Aires. Rattled by the sudden situation, shuffling coins into a slot in a dismal, noisy booth, he heard Frey’s voice and was able to do little more than cry and tell him he loved him. It was enough.

In an e-mail to Jonas earlier, I had commented that the call would be difficult. He appreciated that and was amazed how true it turned out to be. What he had intended to say to Frey he put in an e-mail to me, which I printed out, took to Frey, and read to him several times.

My dad’s passing was one of incredible calm and certainty. He believed Jesus was on the other side, as well as his own parents and others he loved. He had come to acceptance of his death from lung cancer weeks before it arrived. Some questions I would ask him, he would just smile and point to the framed picture of Jesus he’d had on the wall for decades—a different reaction for such a talkative man. He had said his goodbyes.

My brother, Walt, his wife, Marlene, and I stood at his bed the last hour. (My husband, Henry, was on his way, but arrived minutes after Dad passed.) He was in home hospice care, as he had chosen, with no strong meds, machines, or pain. He had lost consciousness, but we talked to him a bit, assuring him that we were there, that we loved him, and that it was OK for him to go.

We could feel him moving away from us, comfortably. He breathed out gently and was gone. This was a man who had never worn his religion on his sleeve; it was a quiet constant that had held him in good stead throughout his life and that he had expressed most often by singing in his true, tenor voice.